Protecting forests’ ecosystem presents an increasingly serious challenge for forestries, as the climate change causes a significant problem in the field of forest management. E.g.: winters becoming milder and precipitation patterns more extremist year by year, thus soil water balance and microclimates are changing, and forest zones sometimes are shifting. Consequently many invasive species have appeared in the project area, which are more resistant to circumstances (e.g.: the lack of rainfall). As a new tendency, native species die off as their habitats are steadily declining.

The above mentiond problems exist the area of Mecsekerdő Zrt. and Forestry of Nasice too, but in different degree and in a different weight. The lack of drough and groundwater are a major source of concern in the area of operation of both companies. 10 thousand m3 English Oak registered to die off in the Forestry of Koska per year (in Croatia). Among the native species, the most affected and most sensitive one is the English Oak, with significant natural and economic values. However  the tan, ash and beech are also at risk on the Hungarian side. In addition to the lack of water it is a great new problem that invasive species drown native species in this habitat (e.g.: acacia, amorpha, tree of haeven). In the entire field of operation of the Mecsekerdő Zrt., an estimate based has registered more than 400 hectares of infected areas. The infected part of the project area is 155.17 hectares and the most common species is the amorpha.

Based on similar professional challenges, geographical proximity and existing working relationships decided the two Forestry that they are common trying to find a solution to the problem.

Biotic damage and invasive plant species on the Drava Plan: 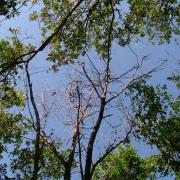 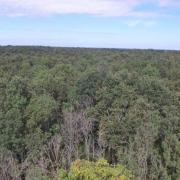 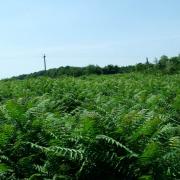 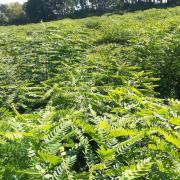 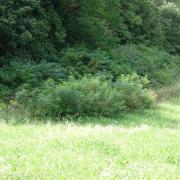 Difficulties in afforestation in Croatia (drought and flood damage): 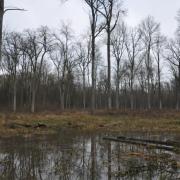 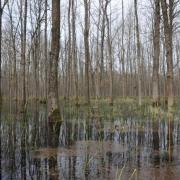 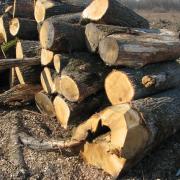 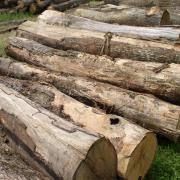